The government estimates visitor arrivals will reach 4.5 million by the end of 2024, while the country is in the process of seeking new integrated resort developments.

Jamaica’s tourism minister, Edmund Bartlett, reported that Jamaica should be back on track to surpass 2019’s figure of 4.2 million visitors by 2024. By the end of that year, it is projected that total visitor arrivals will reach 4.5 million, with estimated gross foreign exchange earnings of $4.7bn.

“It is already evident in the numbers that our new approach to our tourism offerings, born out of COVID-19 pandemic considerations, is paying off. Our arrivals figures are climbing, airlift for the winter season is looking good, and cruise will be back in all our ports before year end,” said Bartlett. 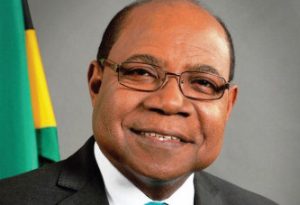 The minister highlighted that 90 percent of pre-pandemic investment projects remain ongoing, with more than a dozen hotel development projects in progress. “There is no doubt that tourism is the heartbeat of the Jamaican economy and the catalyst that will enable us to recover quickly,” Bartlett stated. “These tangible gains that we are making in tourism will almost certainly redound to the benefit of all concerned – the Jamaican people, our tourism partners and our visitors.”

The government is in the process of seeking new proposals for integrated resort projects in the country. The window for the request for applications (RFA) process for new developments opened in early October.

“As at now, there is no operating casino resort in Jamaica despite the fact that we have had this legislation since 2010,” said minister of finance and public service, Nigel Clarke. “It is our intention, with the launch of this process, for Jamaica to eventually have a casino gaming resort, and it is also our intention to attract hundreds of millions if not billions of dollars of investment to Jamaica via this means.”

Jamaica has been attempting to bring casino resorts to the county for over a decade. The government recently revised the country’s casino legislation as part of effort to attract new investors. The Casino Gaming (Amendment) Act, 2021 was approved by the Senate in July with senators noting that at least four companies were interested in pursuing an IR.

Among the changes introduced the amendment was a reduction in the room requirements for an IR development. A project must now include 1,000 hotel rooms – down from the prior requirement for 2,000 rooms – 500 of which are required to be luxury rooms. The amendment also allows for rooms already under construction prior to the application to be included in the total.

The amended legislation also stipulates that an IR development should be completed and operational within three years of the commencement of any casino activity.

“The amendments which the government has made to the requirements to be fulfilled by a prospective developer of an approved integrated resort development are meant to enhance the regime and to strengthen its appeal to potential investors and by so doing, to attract and increase foreign direct investment to Jamaica,” Clarke stated.