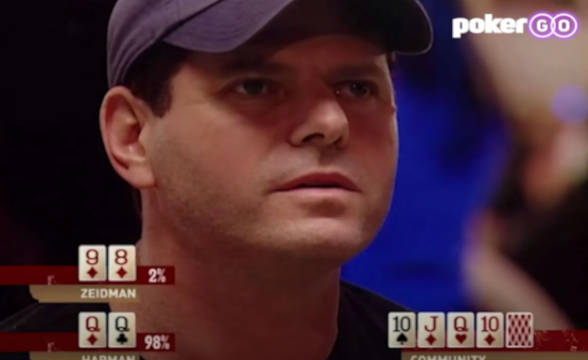 The period of the alleged offenses spans from 2004 to 2020, which makes his transgressions serious enough if proven in a court of law. The US District Court for the Eastern District of New York is the one leading the legal charge against Zeidman who has denied wrongdoing.

Zeidman, who won a World Series of Poker bracelet back in 2012 is 61 now and has clocked $691,141 in live table earnings, is alleged to have worked with co-conspirators. The overall tally of their transgressions amounts to $25 million in wire transfers and private commercial carriers.

Zeidman allegedly worked on convincing people that sports betting was a form of investment and that by trusting the operation they would be realizing a profit. This continued for the full 16 years of the period. The entire operation tried to reach as many people as possible and paid for various ads on US radio stations that purported a sure-fire betting system and a “white collar” approach to collecting sports betting data and information.

Zeidman introduced the organization as Ray Palmer Group and Gordon Howard Global when listeners called. The operation was simple enough. Zeidman would never place bets on behalf of people, but would rather provide people with actionable information that he and his co-conspirators claimed would guarantee sports betting wins.

People Fleeced Out of Life Savings

Commenting on the man’s arrest, Ricky J. Patel, the investigator confirmed that individuals were led to believe that the information would result in a guaranteed win, which was false. United States attorney Breon Peace delivered a similar statement and argued that Zeidman had purposefully defrauded people under false pretense.

Peace criticized Zeidman who had been able to “drain” the retirement accounts and life savings of people who believed they were making smart bets when in reality they were fed bogus information. The case is ongoing.