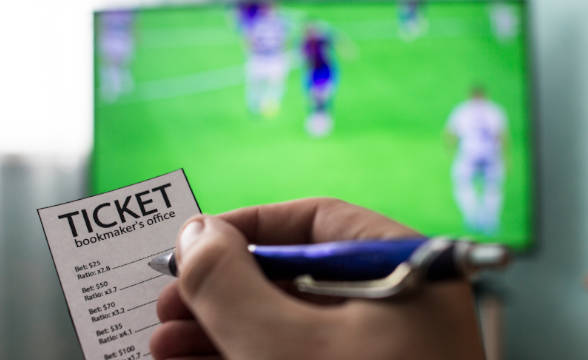 A new analysis by the UK Addiction Treatment Group (UKAT) has taken a look into publicly available UK Gambling Commission (UKGC) data to establish the rate of participation in online gambling by Britons. According to the organization, there have been several worrying trends, including the increased participation in gambling by individuals aged 16 to 24.

Number of Youths Gambling in the Past Years Increases

The data focused on the 12 months leading up to March 2022. During that period, at least 34.7% of the surveyed individuals aged 16 to 24 participated in some form of gambling contest in the four weeks prior to being interviewed. This was a 5% year-over-year increase.

Interestingly, 55 to 64-year-olds also reported an increase compared to pre-pandemic levels. A total of 49.8% of the interviewed in this gambling group said that they had gambled in the four weeks leading to the interview date. Digging a little deeper, the results showed that sports betting continues to drive the biggest interest in gambling.

This excluded the National Lottery which remains the most common form of gambling in the country. According to UKAT, the number of consumers who are at moderate risk of gambling addiction has also increased to 0.9% compared to just 0.4% a year before.

All of this has contributed to a return of people to physical gambling venues. However, UKAT cautions that the absence of gambling over the past two years, at least in person, was compounded by the social isolation that has pushed people to gamble. UKAT warned that gambling isn’t just a harmless hobby and that it often has consequences on people’s lives.

The organization criticized online gambling as it enables consumers to engage with such products rapidly. “Online gambling, in particular, is dangerous as it is too easy and discreet to participate in,” UKAT said.

UKAT said that a serious conversation about the safety of consumers should be broached in the United Kingdom to protect vulnerable consumers.