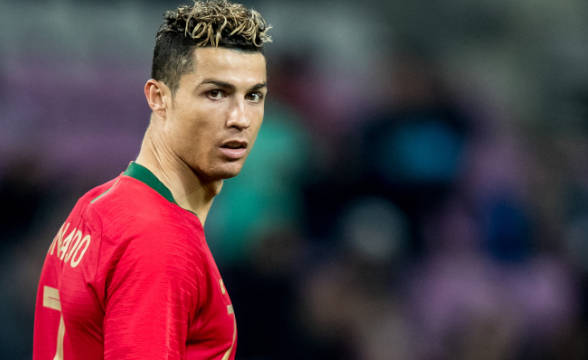 The case against the alleged sexual assault committed by soccer ace Cristiano Ronaldo was finally struck down by a Las Vegas Judge. The case, dating back to 2009, and allegedly taking place during the player’s visit to the Palms Casino Resort, was found lacking in establishing reasonable doubt about Ronaldo’s guilt.

US District Judge Jennifer Dorsey further added that the case had been based on leaked transcripts between the player and his lawyer, which should not have been allowed into evidence in the first place, thus making any accusations based on these transcripts not admissible in a court of law.

Dorsey reprimanded Leslie Stoval, the attorney representing the alleged victim, Kathryn Mayorga, and said that what the attorney had done was unethical and trampled the principles of a fair process. Dorsey has ruled that Mayorga would not be able to pursue the case any further because of this. She originally reported the incident on the next day to the Las Vegas Metro Police but did not pursue any further action as she feared she would not be able to see it through.

The case was originally brought to the public’s eye after the recordings were stolen by a hacker and shared with German magazine Der Spiegel which published them in October 2018. Once the information was public, the Las Vegas Metro Police attempted to follow through on the case, but they had to drop it in 2019, as not sufficient evidence was collected to pursue an official case.

Transcripts Name Victim But Defense Insists They are Doctored

In the transcripts, there is conjectural evidence that the player may have admitted to engaging with a person in a nonconsensual intimate relationship with an unnamed party. Noted as “X” in the lawyer’s transcripts, this person is believed to be Mayorga by some journalists. However, the player’s defense has insisted that no such transcripts existed and that the recordings obtained by Der Spiegel were in fact doctored.

Mayorga and the player did come to an agreement back in 2010, with the woman agreeing to a $375,000 settlement in exchange for a non-disclosure agreement. She claims she was forced into accepting this arrangement. However, the settlement did nothing for the alleged victim’s mental health.

She reported suffering from PTSD and depression as outlined by her complaint to the courts. The original complaint filed with the police shows that an unnamed individual “entered” from behind to which Mayorga repeatedly said no. The individual apologized shortly afterward. The Der Spiegel article and transcripts seem to match this account given to the Las Vegas Metro Police back in 2009.