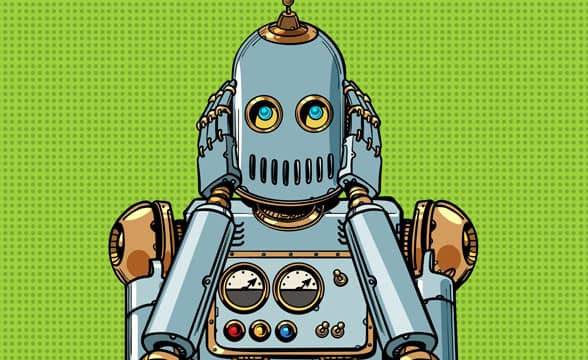 Robots continue to take over the gaming industry. It’s a very slow process but, two years from now, things could look very different. When human employees can’t be found to handle certain jobs, robots step in and fill the void. The latest casino to hire machines as employees is Rolling Hills Casino in California.

Rolling Hills Rolls In the Robots

Rolling Hills was facing staffing problems late last year, finding itself fighting against a system that was paying people to stay at home. Desperately needing help in its restaurant, it turned to Richtech Robotics and purchased two robot servers, according to the Red Bluff Daily News.

Serving customers is the robots’ primary job. They also help to transport dirty dishes, glasses and more to the property’s restaurant, Rock & Brews. The robotic servers can carry about 20 pounds of food that waiters load onto the shelves when customers have finished eating. With sensors placed around the restaurant, staff can program the robots to go to specific areas.

Just like humans, though, robots can also run low on energy. When their batteries get too low, they automatically head to a charging station instead of a can of Red Bull.

The robots, which the Red Bluff didn’t identify by name, are able to display specials and offers at restaurants and sing happy birthday songs to customers.

The pair of mechanical assistants have been in service since December 31. They have been a popular attraction at the restaurant since then. People often ask staff to take photos or videos of the robots when they are in action. The staff is still learning about all the capabilities of the robots.

The casino’s GM, Steve Neely, said that bringing in the robots was born out of necessity. He and other staff started to think about staff issues over the weekend. After a search on the Internet, Neely found that Richtech Robotics’ robot servers were being used elsewhere.

Neely stated, “I went to a restaurant in Las Vegas who was using them and basically doing what we are doing with them here,” Neely said. “I saw it, and I saw the capability and thought it would be a good idea for us.”

The robots weren’t necessarily meant to replace employees, but have been performing well in the absence of human alternatives. Although the casino launched a program to attract staff with higher salaries, it has not yet had the desired results.

Despite the lack of potential candidates, Neely still searches for human employees. However, the robots are likely there to stay.