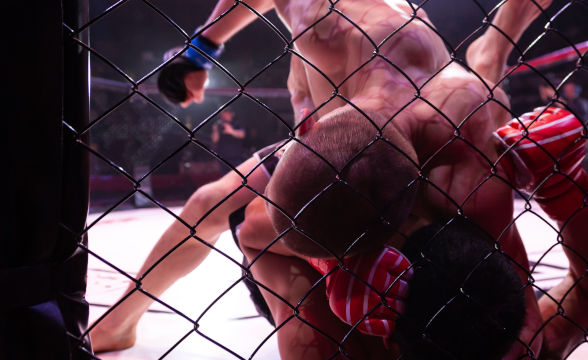 Rival, an enterprise platform solution that empowers organizations to leverage gaming to engage fans and consumers, has forayed into the world of mixed martial arts (MMA) by inking a deal with the Professional Fighters League.

Gamers Can Play Against an MMA Champion

The agreement will celebrate fighting sports and professional gaming with collaborative events. It will see the gaming brand launch several esports competitions that will run alongside the upcoming season of the PFL. The esports events will include tournaments in a few of the most popular video gaming titles.

The new PFL season begins tomorrow, April 20. Meanwhile, Rival will launch the first esports competition which will be played in Activision Blizzard’s first-person shooter title Call of Duty: Vanguard. The best player will receive the exclusive chance to play a match against Antonio Carlos Jr. – the 2021 PFL light heavyweight champion.

The PFL emphasized that many professional MMA athletes enjoy video games in their spare time, making this partnership a perfect fit for both companies.

The PFL Is Happy to Innovate and Disrupt MMA

Dan Parise, the chief marketing officer of Rival, spoke about the deal and his company’s excitement to foray into the world of professional combat sports. He is glad to have PFL as Rival’s partner and is looking forward to working together with the league.

Parise is delighted that the PFL has shown interest in Rival’s engagement solutions. He is convinced that many PFL fans like video gaming, which will help bridge the gap between sports and esports and help engage both fans of gaming and MMA.

Thanks to the agreement between the PFL and Rival, MMA enthusiasts will be able to use the latter’s platform to host various community-oriented events for fans of the league.

Peter Murray, the chief executive officer of the Professional Fighters League, also spoke on the agreement, saying that he is proud to team up with Rival. He said that the league embraces esports and is delighted to provide MMA fans with a social outlet where they can connect.

Murray pointed out that this unprecedented deal attests to PFL’s dedication to innovation and its aim to “disrupt traditional MMA” by embracing technology and offering unique experiences.

This deal continues the trend of sports leagues inking deals with esports brands, teams, and players. The growing popularity of professional video gaming has provided an opportunity for more fan interaction, helping multiple gambling companies and regulators realize the potential of gaming as an engagement tool and a betting discipline.