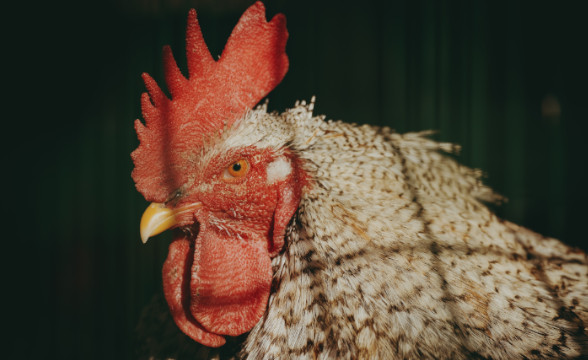 E-sabong has caused a lot of commotion in the Philippines. After the activity was licensed and welcomed by the country in 2021, there have been numerous developments ever since that have made authorities and even ordinary folk question the benefits of this gambling vertical. One of the most shocking developments over the past year has been the news about a woman who pawned off her toddler in order to cover her e-sabong gambling debt.

This horrific deed has been now fixed by police authorities who have made several arrests of people suspected to have facilitated the “transaction,” or being the outright ringleaders. The woman, who reported her crime two weeks ago, has been remorseful ever since and looking to fix things. The 22-year-old mother had to cover an $870 gambling debt off e-sabong and chose to exchange her child.

Soon after she regretted her decision and tried to connect with the human trafficker she had found on Facebook. The person was gone and she turned to national TV to plea with the person to return her child. The case was immediately taken up by the National Bureau of Investigation or NBI. In just over a week, the police have been able to not just make several arrests that established the trafficker’s identity but to also retrieve the infant.

However, the mother is unlikely to receive her child back as she would most likely face charges of human trafficking, child endangerment, and more. Investigators were able to apprehend a Nigerian man and three Filipino women who were involved in the trafficking scheme.

All four culprits now face a litany of charges, including exploitation, trafficking, kidnapping, and child abuse. The baby has been placed in the protective custody of the Philippine Department of Social Welfare and Development. The child will go to its father instead as the mother awaits charges and trial to be brought up against her – or dismissed altogether.

This is just the latest of a string of crimes related to e-sabong in the country. Police officers have also been named as suspects in a recent string of disappearances, kidnappings, and suspected killings connected to e-sabong. President Rodrigo Duterte, a hardliner against all things immoral, has shown surprising leniency in the matter.

Duterte argued that without e-sabong, the state coffers would struggle to meet financial goals and therefore e-sabong would most likely continue. However, Duterte did urge police to get to the bottom of illegal operations and those particularly involving the string of disappearances that may have been abetted by corrupt cops.