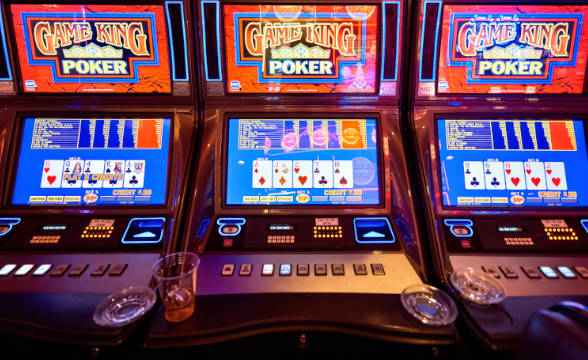 A report on the state of gambling in New South Wales (NSW) is bringing back the Green Party’s plan to oust pokies out of pubs and clubs and raising serious concerns about the harm pokies do to the individual, families, communities, and society.

Arguing that in Australia “slot machines are everywhere” and “so is gambling addiction,” Michael Miller, a correspondent for The Washington Post in the country, is dissecting the issue of problem gambling and its links to the availability of gambling machines outside of casinos.

With less than half a percentage of the world’s population living in Australia and 20% of the gambling machines, or pokies as they are called in the country, and 80% of pokies located outside of casinos, reform is long overdue.

Back in 2019, the NSW Green Party came up with a plan called “People before Pokies,” claiming that “NSW loses more money per person to gambling than any other jurisdiction in the world, has over half of Australia’s poker machines, and is second only to Las Vegas when it comes to machine numbers.”

The initiative presented an eight-step plan to “phase out” pokies out of pubs in five years and out of clubs in ten years and hoped to introduce an AU$7 billion transition package for clubs and communities which will be impacted by the lack of pokies’ revenue.

The plan also provided for a cap on the number of the machines located in pubs in the area to be set by councils, as well as scrapping gambling advertising on public transport and in sports.

But with AU$60 million donated to the three major political parties over the past two decades, as reported by the Australian Broadcasting Corporation, the gambling industry seems to be holding the upper hand over politicians and has so far managed to block any attempts to introduce restrictions by claiming pokies are legal, regulated and enjoyed responsibly.

Some people even compare the industry’s power to that exerted by the gun lobby in the US.

In 2018, the industry proved to be even more powerful at the state level after a promise made by Tasmania’s branch of the Labor Party to remove pokies from pubs and clubs was countered by the industry’s lobbyists and led to the party losing the election, setting an example for politicians to stay away from the issue.

Half of Australia’s Pokies in NSW

Another display of the industry’s power was in December, when the gaming commissioner in NSW who was openly pushing for reforms to protect gamblers at the expense of the industry, seeking to introduce third-party exclusions and cashless gambling cards with limits, was removed from the position.

Featuring half of Australia’s pokies and almost as many as Canada’s, yet with one-fifth of the Canadian population, NSW is one of the most affected states in the country with the majority of the 90,000 pokies located in greater Sydney being in the city’s western and southwestern suburbs, populated with working-class people.

Pokies in pubs, hotels, restaurants, and clubs in NSW date back to the mid-1990s. Since then, many states followed the same path and introduced gambling machines outside of casinos, and today they are everywhere in the country except for Western Australia.

WA allows pokies only in one casino and, coincidentally or not, the state has less problem gambling.