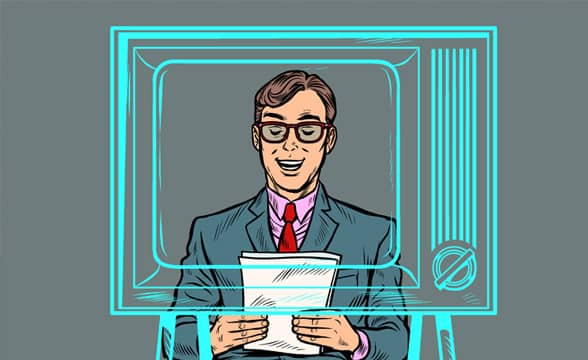 Australia-based PointsBet sportsbook has partnered with the National Broadcasting Company (NBC) Sports Philadelphia and NBC Sports Chicago in order to present BetCast, the first dual-market sports betting telecast. The telecast will introduce bettors to a sports betting experience in real-time and it will broadcast on March 7 during the NBA matchup between the Chicago Bulls and the Philadelphia 76ers.

The partnership comes in the context of other major media outlets expressing their interest to penetrate the sports betting industry through similar deals. Almost all big national sports outlets including ABC, ESPN, CBS, The Ringer, Turner Sports, The Athletic, and The Hockey News signed a partnership with at least one important sports betting company in the past years.

The increased interest in such collaborations comes as a result of the 30 something US states that have legalized sports betting since the federal ban on sports wagering was officially rescinded in 2018. Also, last October’s massive $7 billion in sports wagers spent by US bettors encouraged even more media companies to become actively involved and get a piece of the pie.

The partnership between the two NBC representatives and PointsBet is not a brand new one. NBC and the Australians sportsbook have worked together before and created similar BetCast programs.

The list includes the BetCast created by NBC Sports Chicago to cover the Bulls VS Charlotte game last April or NBC Sports Philadelphia’s BetCast with presentations of important Philadelphia 76ers games in the spring of 2019. Last February, NBC Sports also partnered with PointsBet and the Professional Golfers’ Association Tour to create NBC Sports EDGE BetCast, offering a live experience on a secondary screen during the Waste Management Phoenix Open. PGA Tour also launched a free game together with PointsBet and NBC Sport.

However, NBC’s and PointsBet’s most recent collaboration is a premiere in the sense that it is the first-ever dual-market telecast to be broadcast live.

What Can Sports Fans Expect From the New BetCast?

Passionate sports fans will be given the chance to enjoy valuable sports betting insights with the help of quality data supplied by PointsBet. The data will be used to offer on-screen odds in real-time, with emphasis on over and under bets, spread, and moving money line betting options, player props, and futures odds. All the data will pop on TV screens with the help of state-of-the-art graphics surrounding the classic live matchup coverage.

Viewers will also be given the option of selecting the ‘Live Same Game Parlay’ alternatives for placing bets while keeping an eye on the performances of players, the odds, and real-time statistics for both teams.

Another interesting element worth mentioning is the NBC Sports Predictor. This is a PointsBet-powered app that will also be incorporated in BetCast. The app will enable bettors to play the ‘Pick n’ Roll’ contest during the broadcast, in hopes of winning the guaranteed jackpot set at $50,000.

Drew Disnick and Matt Bernier will host ‘Bet the Edge GameTime’, which is a special edition of Bernier’s podcast that will offer additional match coverage. The show will be broadcast on NBC Sports Philadelphia Plus.