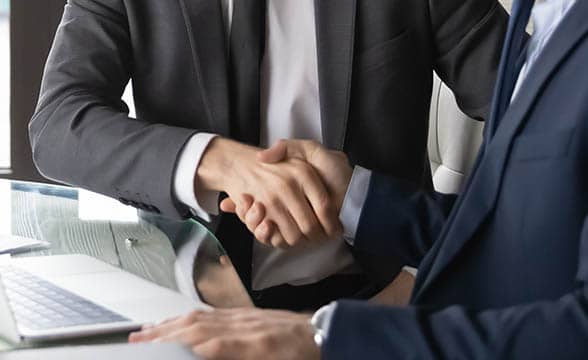 Digitain has appointed Peter Nolan as the new R&D director and with the latest promotion, Nolan will be in charge of the research and development team at the company. Nolan is a key figure in the gambling industry as he has over 20 years of working experience and assisted in Ladbrokes’ launch back in 2001.

Vardges Vardanyan, the founder of Digitain, stated that he’s extremely pleased to welcome Nolan as the new R&D director. He noted that Nolan collaborated with the company since 2012 as he was a consultant and throughout the years, he showed that his value and expertise are irreplaceable.

Vardanyan concluded by saying that Digitain will be able to benefit from his experience and reach new heights. Nolan also shared a few words about his appointment. He stated that he’s happy to elevate his relationship with Digitain.

He praised the company by saying that it is “highly progressive” and has effective teams. He concluded by saying that he looks forward to helping Digitain develop its research and development capabilities and thus, contribute to the company’s growth.

Digitain’s chief commercial officer, Suren Khachatryan, decided to comment on the development by saying that Nolan’s knowledge and experience will deliver massive value to Digitain.

After helping Ladbrokes launch in 2001, Nolan joined Sky Betting & Gaming in 2004. His major success in the next 6 years led to him launching iGaming consultancy in 2010. His consultancy services proved to be extremely professional as he had Betfair, STV and Codere among his numerous clients.

Nolan started working with Digitain in 2012 and helped the company elevate itself to a whole new level. Digitain’s success was highly noted in November 2021 as the company was licensed by the Malta Gaming Authority.

Thanks to the license, Digitain was able to showcase its products far more effectively during ICE London. As a company that focuses on both sportsbook and casino services, Digitain has a plethora of services that it offers to its customers.

The company’s sportsbook products include 15,000 leagues across 100 sports. On the other hand, its iGaming platform features over 10,000 games by reputable game providers, some of which include Yggdrasil, Microgaming, NetEnt and many others.

In March 2022, Digitain appointed Jason Marcelino as the new live casino division commercial director. Marcelino was extremely thrilled and stated that his new job will fit like a glove. Additionally, he stated that Digitain’s growth potential is enormous and that he’s happy to be responsible for the company’s professional and passionate team.