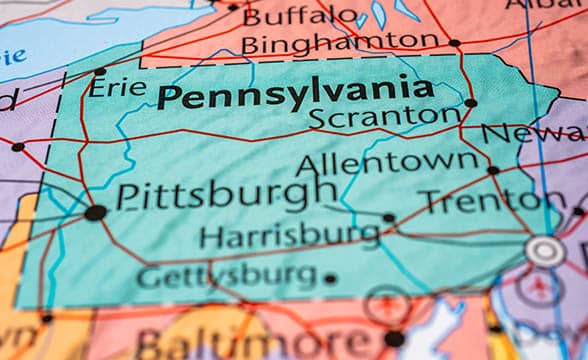 According to a report by the Pennsylvania Gaming Control Board, sportsbook operators in the state have entered the traditionally slower summer period. Sportsbooks recorded a handle of $493.4 million, roughly a 14% decrease compared to April. However, May’s $47.8 million Gross Gaming Revenue (GGR) remained on par with the previous month’s results, and Pennsylvania’s total commercial gaming revenue enjoyed a solid year-to-year increase.

Total gaming revenue in Pennsylvania reached $447.8 million this month, which marks an 8.4% increase compared to last year. The result still falls short of April’s $461.6 million, but such a decrease is not uncommon during the summer months and should be no reason for alarm. May was the first month since August 2021 to record total sportsbook wagers under $500 million, and this level will likely remain unbeaten until the football season resumes in September. The NBA playoffs were the most notable sports event in May, so basketball bets likely contributed the most to sportsbook profits.

The top-performing sportsbooks remained the same. FanDuel, DraftKings, BetMGM, and Barstool dominated the sector and secured roughly 85% of the total betting volume. FanDuel continued to be an outlier with $25.1 million in gross revenue. In comparison, DraftKings netted $8.1 million, while BetMGM and Barstool scored $4.5 million and $2.4 million. The total increase in sports betting revenue was roughly 26%

Sportsbook profits tend to fluctuate according to the seasons, as the number of high-profile sports events ebbs and flows. However, other forms of gambling retained their momentum. Land-based casinos continue to be the most popular way to wage money in Pennsylvania. Table games marked a 14.7% year-to-year increase in revenue and reached $88.6 million, while slots machines saw a slower 2.1% but still managed a respectable $205.7 million.

Pennsylvania’s online casinos also reported solid results. The state has 18 online operators and four poker websites, which managed a total revenue of $113.3 million. Hollywood Penn National was the leader of the pack in the iGaming sector with $45.5 million in revenue and landed ahead of Rivers Casino Philadelphia’s $26.9million and Valley Forge Casino Resort’s $21.2 million showings. Broken down by the type of game, internet slots were the most profitable with 69% of the total iGaming revenue and made $78.2 million. Table games came in second at $32.3 million in revenue, while online poker lagged with $2.8 million.

Fantasy sports were the only sector of Pennsylvania’s market not to show year-to-year growth. The recorded $1.6million in revenue marked a roughly 20% drop compared to 2021. Video lottery terminals made $3.7 million in revenue, a modest 1.8% increase.