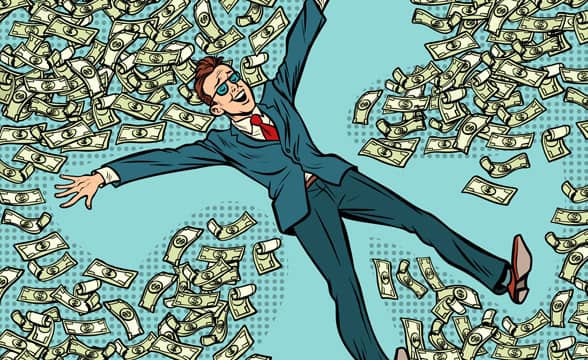 Elliot Sterling must be a record-setter with over 250 student loans he claimed in the name of various students and fictional applicants. Yet, instead of using the loans to further his education, Sterling had other plans which now have ended him in a real pickle as he faced 15 counts of financial aid fraud, wire fraud, and money laundering.

The 250 loans totaled $1.4 million in federal financial aid for educational purposes. Prosecutors detailed Sterling’s scam and said that he had been using fake documents to enroll individuals in classes at Baton Rouge Community College and then used those applications to claim the loans – either on behalf of real or fictional students.

The Department of Education’s Office of Inspector General special agent Edd Cole reaffirmed the department’s readiness to tackle fraud in financial aid extended to students. The BRCC was first notified about the fraud by the FBI which received a tip from BankMobile, notifying federal authorities that a possible fraud was afoot.

The man then went on a gambling binge, with at least $256,000 of this money, visiting properties across multiple states, including Nevada and Pennsylvania. Sterling has already faced a jury of his peers who established his guilt on all 15 counts.

Sterling’s charm offensive has led to dozens of fake filings on behalf of students who neither qualified nor were interested in pursuing an academic career. Some were even incarcerated at the time of the application. He even paid people to impersonate students at the college he was targeting with his fraudulent applications.

Numerous Frauds and Many Victims

He even got some real students to apply for loans he then claimed in their names, it appeared as prosecutor Rene Salomon said that both the taxpayer and fellow students are now going to have to pay for Sterling’s shenanigans and manipulations.

According to the prosecutors, Sterling also obtained a COVID-19 support loan to the tune of $90,000 – he was found guilty of that as well. Federal investigators have been able to recoup some $422,600 from Sterling following his arrest. Sterling will hear his final verdict on July 7.

Sterling chose to represent himself in court even though he is not qualified to do this. He simply stated that he was innocent and the court was punishing him for finding a way to make money. A total of 172 students that had applied at the BRCC had failed or withdrawn from classes linked to Sterling’s fraud.