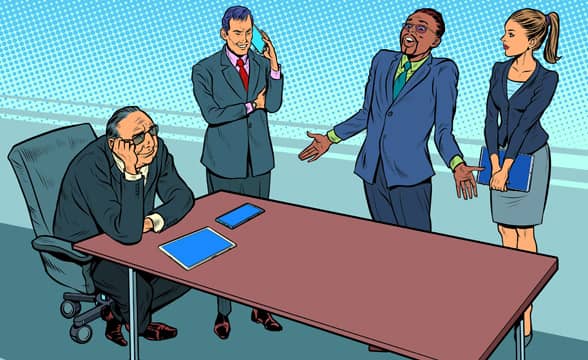 Kentucky is seeing some movement insofar sports betting legalization is concerned. Backers of a new proposed betting bill notched up a small victory on Wednesday after their draft moved through a House committee looking into the introduction of sports betting.

While this bodes well for the legislation at this point, there are still more challenges to overcome in a state that is historically opposed to gambling and even managed to fine PokerStars over back-dated offenses just recently.

Kentucky Has Had Sports Betting Legalization in the Making

Even though the state hosts some of the biggest events and tracks out there, to wit the Kentucky Derby and Churchill Downs, there has been no unified front on sports gambling, leaving the state out dry of millions of potential tax revenue.

For Representative Adam Koenig, who sponsors the bill, Wednesday was an expected outcome, but he doubts the short-term success of the proposal.

In fact, he believes that if there is any chance for sports betting to pass in the state it would be as part of a longer-term strategy, similar to how New York spent a decade pushing for sports betting legalization. Koenig also argued against the black market once again and stressed the importance of legalization, cited by the AP:

“I think it’s important to bring those people out of the shadows, to dry up the black market and make sure that the people of this state have the benefits of their government protecting them.”

Essentially, there is not much time left for the bill to pass. Today is the 50th day of the 60-day legislative session in the state and to move forward to the government’s desk, the bill would need to not only clear any additional committee but also somehow galvanize action on the House and Senate floors.

More Measures on the Ticket to Try for a Unified Front

Lawmakers are aware of the scant time they have left on the clock and while not hoping to achieve much, they have floated a number of other measures as well. One such measure wants to see a 1.5% tax on all parimutuel bets. That would affect historical horse racing, parimutuel bets, future bets, and simulcast bets.

Another measure argues that there should be a fund of at least $225 million that would seek to help Kentucky residents who are suffering from gambling addiction. As reported previously, should this measure succeed, it would establish the biggest problem gambling fund in the United States.

The case of Kentucky is bewildering because the state is clearly one of the leading horse racing jurisdictions in the United States. However, any attempt to expand past that has been met with hardy resistance is unlikely to crumble over the next ten days or so.

Last year, the state did more to secure the legal status of its historical horse racing machines, which had enjoyed a rather grey area status and had proliferated rapidly within the state borders.