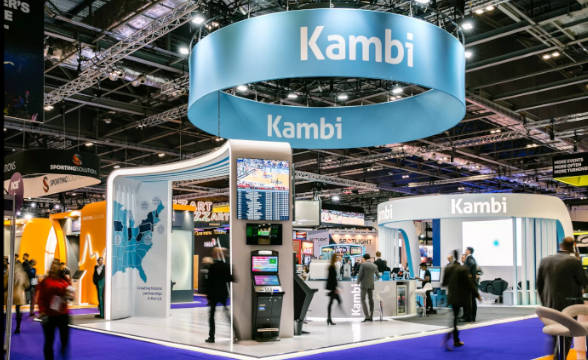 A Norwegian hedge fund is propping up sports betting technology supplier Kambi as a potential target for acquisition speculating that a number of companies could very well become bidders.

MGM as Part of LeoVegas’ Expansion

Alinea Capital Management, a long-biased hedge fund solely focused on companies from the gaming and iGaming sectors and managing a fund holding a position in Kambi considered in a series of tweets six potential companies which could attempt an acquisition.

“Kambi has a market leading sportsbook in a large and rapidly growing sports betting market, and the replacement cost is significant.”

MGM Resorts International is one of the six candidates according to Alinea, due to the recent $607 million bid for iGaming operator LeoVegas, which has since 2020 migrated all their brands to the Kambi sportsbook, and if LeoVegas is to expand further, a sensible move for MGM is to acquire Kambi and avoid a scenario in which it is acquired by someone else.

“Kambi is quick to market, has a deep product offering and manages to stay on top of innovation with products like the recently introduced BetBuilder function. Kambi is also known for its technically secure and stable platform.”

Aristocrat Has a Sportsbook Gap to Fill

Another potential buyer for Kambi according to the Olso-based hedge fund is Australian technology supplier Aristocrat which recently failed with a $2.85 billion bid to acquire Playtech.

Considering Aristocrat is accelerating efforts in the real money gaming, seeking to establish a significant market share in the US in the medium-term and become the leading platform in the long-term, Alinea believes that one way to fill the sportsbook gap in its portfolio is by acquiring Kambi.

Walt Disney Company is also among the potential suitors for Kambi, especially in the light of recently stated ambitions by its CEO to “aggressively pursue” a sportsbook opportunity, while sportswear retailer Fanatics is considered by Alinea due to its recent move to register with the US Patent and Trademarks office the “BETFANATICS” trademark as a potential M&A could be the best springboard for the firm into sports betting.

Las Vegas Sands and sports data and technology supplier Sportradar complete the list of candidates propped up by Alinea. In the case of Las Vegas Sands, the hedge fund analysts based their speculation on the integrated resort operator’s move to establish an iGaming investment division in July 2021, looking to establish a presence in the online gaming space.

A potential acquisition bid for Kambi could also come from private equity firms, Alinea adds, concluding that even if Kambi is not acquired, the supplier is more than capable of proving itself at its current market valuation.

Kambi is looking to increase its financial flexibility, including considering share repurchases, with an eye on the M&A space itself, but most importantly, its former parent Kindred Group removed the $8.5 million convertible bond which could have been easily converted into shares and block any third party attempt for acquisition.