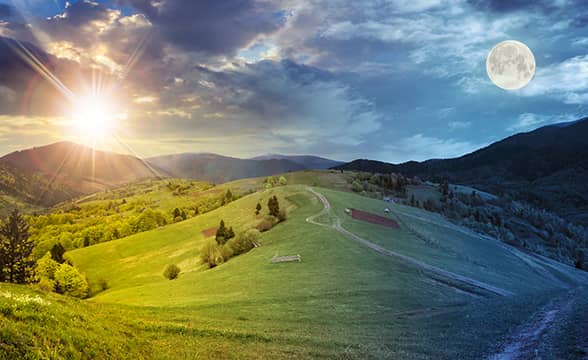 Provider of online instant win games (eInstants) Instant Win Gaming (IWG) has added yet another valuable component to its rich portfolio of offerings for lotteries part of the World Lottery Association and the North American Association of State and Provincial Lotteries. The supplier that carries a license issued by the Gambling Commission has launched InstantPulse Day/Night mode. The special feature will allow member lotteries to update all the visuals in their eInstants on the spot, based on the current time of day or night.

Launched last October, InstantPulse is an expanding set of features for eInstants that allows lotteries to constantly upgrade and reskin game visuals at previously scheduled dates. This enables operators to create fresh content that can be updated for enhanced player engagement. This can be achieved without affecting the base game or the play experience.

The new InstantPulse Day/Night mode is the latest feature part of this set that also includes holiday skins lotteries can use for a limited time. The Night/Day mode will give lotteries the chance to instantly update their instant game visuals depending on the time of the day or night when they are played.

With the help of the new feature, the game will use a brighter display accompanied by a sun washed palette of colors during the day. At nighttime, the same game will show a darker theme with a carefully-chosen moon washed color scheme. Players and lottery operators do not have to take any additional action to trigger the Day and Night switch. The new feature will automatically generate the shift on a daily basis thanks to the connection to IWG’s Instant Remote Game Server.

IWG Has Over a Decade of Experience

The company that specializes in end-to-end services for lottery operators has over a decade of experience in the industry. Over the years, IWG built and implemented successful strategies for all of its members, while designing and releasing more than 250 top-quality instant games with worldwide recognition.

The company’s chief executive officer, Rhydian Fisher, praised The New Hampshire lottery’s “hugely successful eInstant program” adding IWG “could not be prouder” of the new partnership. He also recognized the fact that the Viva Las Jackpots game nicely mixes both the InstantJackpots and the InstantPulse features. In Fisher’s opinion, this only comes to prove how a lottery can pick and combine successful parts from different IWG eInstants to generate a fresh game that can attract a larger audience.

The New Hampshire Lottery’s executive director Charlie McIntyre called IWG “an amazing partner”. He also recognized the role of IWG’s new games that continuously help the lottery grow record one success after the other.