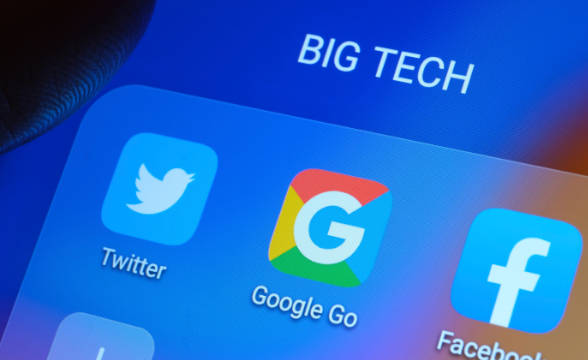 Consumers have stated that Google, Facebook (now known as Meta), and Apple earned billions of dollars from online casino chip sales and their stance is that the companies invoke a defense based on Section 230 Communications Decency Act.

The aforementioned three companies received a lawsuit in November 2021 and according to the suit, they supported illegal gambling at the expense of the consumers.

These games were labeled as “social casinos” and even though players purchased more playing time with real money, they won nothing more than additional chances to play.

Google, Facebook, and Apple moved to dismiss the suit under Section 230 of the CDA. All three companies filed separate motions and Facebook claimed that it only acts as the publisher of content created by third parties.

It also cited a loot box suit that was filed against Google in early 2022 in which Google succeeded in dismissing it based on immunity by Section 230. Judge Freeman ruled that Google’s Section 230 defense was viable and even concluded that the plaintiffs did not plead all elements of their consumer protection claims.

Even though Google’s case is considered to be a pretty solid defense, plaintiffs in the case against the three companies state that Section 230 CDA does not shield them from the fact that they offered illegal online casino chip sales.

Their argument is that the companies aren’t publishers of content provided by third parties. They also stated that booking illegal gambling transactions isn’t a publication in the first place. Furthermore, they stated that even though the platforms are not responsible for what type of content others put on their sites, they are responsible for setting up these types of illegal transactions.

Finally, plaintiffs argue that the defendants in the case cannot escape liability with the excuse that their tools are featured on other apps as that does not provide them with immunity or excuse for being involved in illegal gambling activities.

Providing social casino gambling services can be the cause of developing gambling addiction and a separate case involving a woman from Australia is a good example of that claim. Even though the social gambling app did not offer her real money payouts, she became addicted and as a result, she stole almost $700,000 from her employer. The money was used to fuel her addiction.