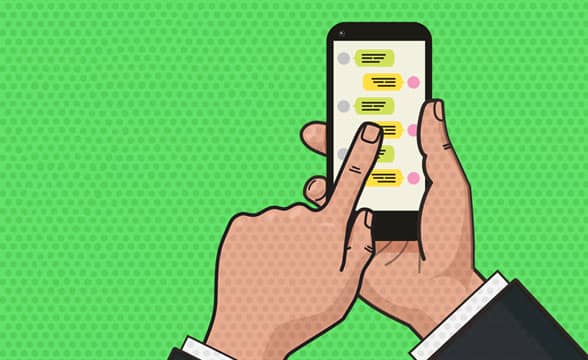 As per the agreement, the two have collaboratively released a new mobile application for skill-based games. The new app is called FanDuel Faceoff and was immediately launched in 32 jurisdictions across the United States. The move is FanDuel’s latest attempt to engage betting fans with innovative and diverse offerings.

As of the time of this writing, FanDuel Faceoff is exclusively available for iOS. Users can download the app and participate in competitive multiplayer games with monetary rewards on the line. As the title suggests, FanDuel Faceoff players have to be faster, wittier, and luckier than their opponents in order to be victorious.

The inaugural version of FanDuel Faceoff includes a few of Game Taco’s proprietary titles, such as Block Trail, Grand Slam Superstar, King’s Crossing, and Wheel of Fortune. As the deal between FanDuel and Game Taco progresses, the operator will include more of the supplier’s games into the app.

FanDuel Seeks to Appeal to More Types of Bettors

While many sports betting-oriented companies struggle to foray into the world of iGaming, FanDuel remains bullish on diversifying its offerings with the addition of innovative new titles.

Josh Barrow, chief executive officer of Game Taco, described FanDuel Faceoff as a platform that provides competitive bettors with casual skill-based games. He explained that Game Taco’s games are designed to be fun and easy to get into but difficult to master. Barrow believes that this design philosophy is something that will appeal to casual and seasoned customers alike.

Barrow added that he is excited to see more Game Taco titles added to FanDuel Faceoff as the partnership between the provider and the operator matures.

John Griffin, senior vice president of sports commercial at FanDuel, spoke about his company’s drive for innovation. He affirmed that FanDuel is always looking for offerings that appeal to the customers – something he is sure Game Taco’s games will do. Griffin concluded that he is excited to team up with the provider:

“Game Taco’s history as a pioneer in the space operating the WorldWinner franchise will provide our customers access to many well-known casual games.”

As a powerhouse in the gambling industry, FanDuel is always looking to cater to the various tastes of its bettors. While fans of classic casino-style games can find a plethora of titles to enjoy on FanDuel Casino, those who would like to challenge others can now enjoy the titles on FanDuel Faceoff. On a side not, sports fans in Wyoming can now access FanDuel’s sportsbook.