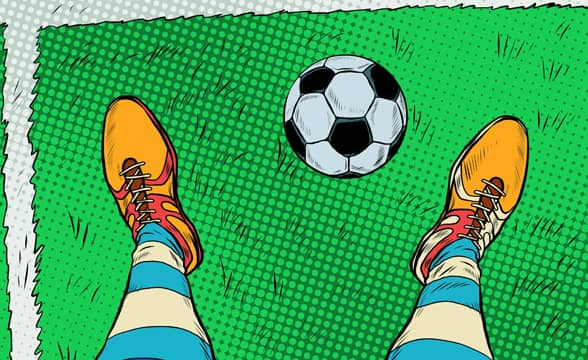 The Trident Community Foundation (TCF) announced its latest round of grants to soccer clubs across England and Wales as part of the initiative to support grassroots clubs Pitching In.

Strengthen Bonds between Clubs and Communities

The Entain Foundation and the Trident Leagues participating in the Pitching In grassroots sports investment program launched by the foundation awarded a total of 19 soccer clubs with grants of up to £5,000 ($6,700) in their latest round of financial support. Entain became a founding partner of the initiative that enables clubs to engage in a wide range of vital community-based projects and invest in their local areas in 2020.

The TCF is awarding the grants on projects proposed by soccer clubs from The Isthmian, Northern Premier, and Southern Leagues with a focus on strengthening community relations, while projects vary from programs to enable disadvantaged children to participate in the sport, community fitness clubs, walking soccer for older generations, training in first aid and stewardship, youth development schemes, and mental health support.

“These clubs play a vital role in the community, promoting health and wellbeing. The initiatives being supported by the Trident Community Fund show the true meaning of Pitching In and will further strengthen the bonds between the clubs and their communities.”

Pearce, who is well aware of the value of the non-league community from his time at Wealdstone, went on to congratulate the clubs that have received the grants this time, outlining that “this is just the start,” expecting the program to become the springboard that will launch a vast array of projects.

“I look forward to seeing these initiatives come to life and more ideas come in,” the Pitching In ambassador concluded.

Contribution to the Wellbeing of Local Areas

“We are delighted to receive the continued support of Entain and its Foundation which enables our clubs to play an active role in their communities, making a full contribution to the wellbeing of their local areas,” said Pitching In vice-chairman of Southern League Anthony Hughes, Pitching In Isthmian League chairman Nick Robinson and Pitching In Northern Premier League chairman Mark Harris in a joint statement.

“This is a truly groundbreaking partnership and we have an exciting range of projects that we are supporting,” the joint statement concluded.

“Our ambition for the Pitching In sponsorship of the Trident Leagues is to make a real difference to community-based and grassroots sport, and the Trident Community Fund is the perfect vehicle to deliver that. The variety and quality of the projects the TCF are funding is inspiring to see.”

The new round of grants added to the 27 projects funded by the TCF in 2021-22, the first season of operation of the foundation that receives £150,000 ($200,000) in annual support from Entain, on top of the overall sponsorship of the Pitching In Trident Leagues, which contributes to covering the operational costs of the leagues.