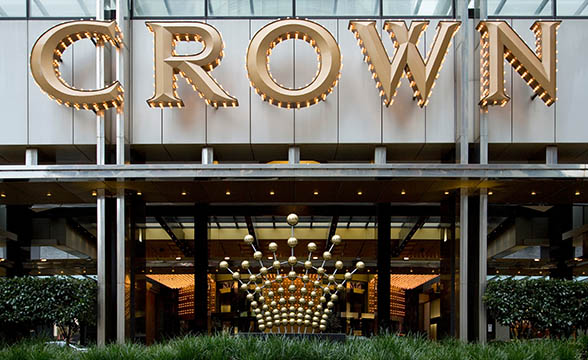 Crown Entertainment has been in the news quite a lot in the past 2 years and now is one of the few times it’s been for a positive reason. Crown’s almost 18-month-long limbo nears its end with the ILGA granting it a provisional gaming license for the Sydney casino.

Crown Resorts have had their Barangaroo establishment without an operating casino in the face of a regulatory inquiry, but internal changes and news about casino-related job ads made it clear that Crown is preparing to change that. It’s been nearly 18 months since the building’s been completed and now the news is pouring out that Crown has been granted a “conditional” license. Philip Crawford, chairman of the New South Wales (NSW) Independent Liquor & Gaming Authority (ILGA) said that “After more than one year’s work with Crown, the authority is pleased to have reached a stage where Crown can open its casino operations on a conditional basis.”

Crown’s chief executive officer Steve McCann did not give an exact opening date, but given how long the company’s been working to get to this point, it’s a safe bet the date will be as soon as possible. “Our customers and our people, who have been eagerly awaiting this announcement for some time and cannot wait to share the full Crown Sydney experience with the world,” said Mr. McCann.

Crown Entertainment’s resort on Sydney Harbor was operational without the casino since December 28, 2020. The (ILGA) held back the opening until a regulatory inquiry was concluded and when the report came out about a year later, Crown was found unsuitable to hold a license, so the casino never opened. Highlights from the report include “Poor corporate governance, deficient risk management structures and processes, and a poor corporate culture,” as summarized by Patricia Bergin, the head of the inquiry and former Supreme Court Judge.

The report affected the entire industry as well, proposing changes to the Casino Control Act, as well as suggesting the establishment of an entirely new oversight body in the face of the Independent Casino Commission (ICC). ICC’s main tasks would be helping regulate the entire gaming industry, including operational authority when it comes to licensing decisions and their enforcement.

There were multiple recommendations in the report’s verdict, however, concerning eventual changes in Crown’s own internal culture and implementing a major board overhaul, along with addressing the key breaches discovered by the report in order to renegotiate a new license. “Crown has been required to implement a raft of stringent controls to prevent money laundering and criminal infiltration in its NSW business model,” said Crawford, and recommendations have been followed successfully so far. Crown has been putting in the work, and it’s paying off. The conditional license is temporary and will expire on December 31, 2023.

Amidst the list of the recommendations was also changing the involvement of James Packer, who is a major shareholder at Crown, with a 37% stake. While this hasn’t been resolved yet, it must have already been discussed as something that will be dealt with in the future and will probably be one of the last steps before Crown is considered for a full casino license for its Sydney resort. Mr. Packer is looking at increasing his wealth considerably, once the Blackstone acquisition is complete.