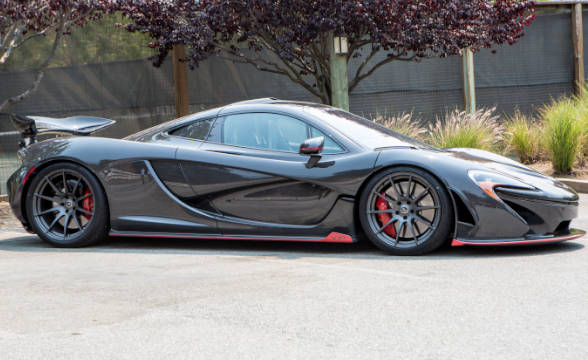 An incident at Crown Casino in Melbourne is raising concerns about Crown Resorts’ security protocols after a $500,000 luxury car was taken from the casino’s parking but not by the person who had left it there.

Around 3am on Sunday, a valet attendant at Crown Melbourne gave the keys to a luxury McLaren S570 valued at $500,000 to a man who later turned out to be a thief, reported 9News Melbourne.

The incident was uncovered later on when the driver who had checked the car in, Johnny Nahlous, called it a night at the casino and tried to get back the vehicle, showing the valet ticket to the attendant only to hear that he was not the owner of the car and the vehicle had been already collected by its owner.

The police managed to track the stolen car with the help of the car’s owner, Sydney-based supercar hire company Honeymoon Car Hire, pulled it over in West Footscray and apprehended a 43-year-old man driving it, while Nahlous who was close behind, filmed everything on his mobile.

The unidentified man behind the wheel was charged with theft of a motor vehicle and will stand before Melbourne Magistrates Court on October 17 after he was released on bail but, according to the company owning the car, the McLaren was recovered with significant damages.

“There’s damage to the engine, interior and we have pictures of that as well. And we will be seeking legal action in due course.”

“We take security matters extremely seriously and we have commenced an internal investigation as a matter of priority.”

For Crown Melbourne, this was not the first case of a car stolen from the casino’s valet after a high-roller had its luxury Ferrari F430 Spider taken out the same way in 2010. The man later pleaded guilty and was sentenced to four months in jail.

A lawsuit for car damages will be the least of Crown Resorts’ concerns recently, following the operator’s troubles with regulators in New South Wales and Victoria. On top of that, AUSTRAC launched civil penalty proceedings against Crown Melbourne and Crown Perth for anti-money laundering and terror financing violations.

The incident related to Crown’s security protocols happens during a time when Crown Resorts is awaiting the court to fix a final date hearing and approve the acquisition scheme proposed by Blackstone.