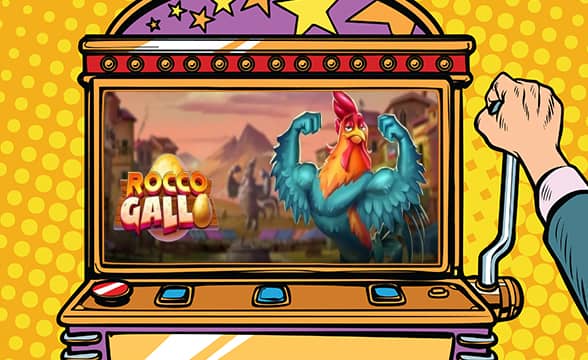 Play’n GO invites players to a small, traditional village in la bella Italia where they will face off the never-ending battle between chicken and fox. The animal-themed slot incorporates plenty of humorous farm elements, scatter symbols, and a free spins bonus game.

Rocco Gallo VS Vinnie Volpe – Who Will Win?

2005-founded Play’n Go started as a small team of passionate developers in a tiny office in Sweden. Over the years, the studio grew into one of the most popular gaming entertainment suppliers on the planet. As the company’s co-founder and chief executive officer Johan Törnqvist best described it, Play’n GO constantly puts the focus on “entertainment, fun and quality” which are all in their DNA.

The new 5×3 video game slot is yet another example of their dedication and hard work.

Play’n GO’s head of games Charlotte Miliziano called the new slot a “really fun game” with an  evergreen animal theme. The theme allowed designers to have fun creating the characters’ personalities, resulting in a “really humorous dynamic”. The slot was also designed with traditional Italian folk music like Tarantella Napoletana heard during the base game and Funiculi Funicula played during the Free Spins bonus round. The choice of traditional music gives the game a unique and modern feel.

Rocco Gallo also comes with a warm set of tones that paint the picture of the cozy Italian village with cobbled streets, small shops, and fresh produce. The roost is ruled by a fierce cockerel, Rocco Gallo, constantly threatened by a scheming fox, Vinnie Volpe. Rocco is, of course, forced to fight tricky Vinnie at nightfall and prevent him from taking off with his chicks. The comic narrative creates a captivating game dynamic. Players get to witness the classic battle between the chicken and fox throughout the game, thanks to a number of special features and extra animations. Besides Rococo and Vinnie, other game symbols are represented by chicks, hens, eggs, onions, broccoli, tomatoes, and mushrooms.

The game also features a series of Golden Egg Scatters. When a player triggers at least three of these symbols, they are sent straight into the bonus Free Spins round.

During the Free Spins round, players get an instant cash prize added to the Cash Pot on the spot. The cash prize is rewarded when Rocco shows up on the reels when two frames are highlighted. In exchange, to receive the Multiplier alternative, Vinnie Volpe must make an appearance on two highlighted reels.

Provided both the fox and the rooster show up, players witness the much-anticipated battle on the reels, while collecting the Cash Pot prize. This battle will also reset the Free Spins counter to three.

At the beginning of May, Play’n GO released Idol of Fortune, a slot with a South Asian culture theme. In March, the supplier launched Raging Rex 2, a sequel to one of its most popular titles in history.