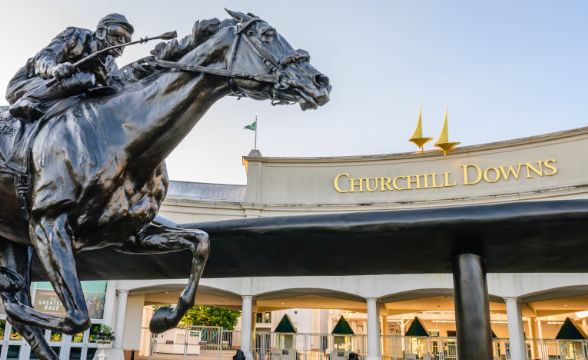 Racing, wagering and entertainment operator Churchill Downs Incorporated (CDI) announced Friday that it has successfully closed the transaction for the sale of 115.7 acres of excess land near Calder Casino in Florida.

Plans for Additional Sales of Land

The $291-million sale of land near CDI’s wholly-owned Calder Casino was initially announced in November last year, when CDI and Link Logistics, a company founded in 2019 by Blackstone, agreed on a price of approximately $2.5 million per acre for the excess land near the gambling establishment in Miami Gardens.

Following the completion of the sale, CDI retained its ownership of the land under its wholly-owned Calder Casino, approximately 54 acres, but may sell another 15 to 20 acres of land along NW 27th Avenue in the Miami Gardens area for retail development. The land is currently used as a parking lot.

As for the proceeds of the sale, CDI stated it would be using certain proceeds to purchase property as part of the company’s acquisition of Peninsula Pacific Gaming (P2E), a $2.485 billion deal involving assets in Virginia and New York, as well as operations of the Sioux City casino in Iowa.

The total price consideration may go up to $2.75 billion if conditions set to the acquisition of the Hard Rock Sioux City casino in Iowa – the sale of the property to a third party and then leasing it back – are not met by a specified deadline, according to the definitive agreement CDI and P2E signed earlier this year.

Proceeds of the $291-million sale of land will also be used to invest in other replacement properties which qualify under the Internal Revenue Code 1031 and will allow CDI to avoid paying the capital gains tax on the proceeds as it would be replacing one property with another.

In March, CDI moved one step closer to having its final plans for the Queen of Terre Haute Casino Resort in Indiana approved. The operator of land-based casino properties in eight states formally presented to the Indiana Gaming Commission (IGC) the new location for its casino resort, two parcels totaling approximately 50 acres of land off of E. Margaret Dr. in Terre Haute.

CDI retained the scale of the casino project which was approved by the state regulator in the competitive bid in 2021 but there were still unresolved issues related to the proposed height, as well as the merging of the two parcels into one subdivision plot.