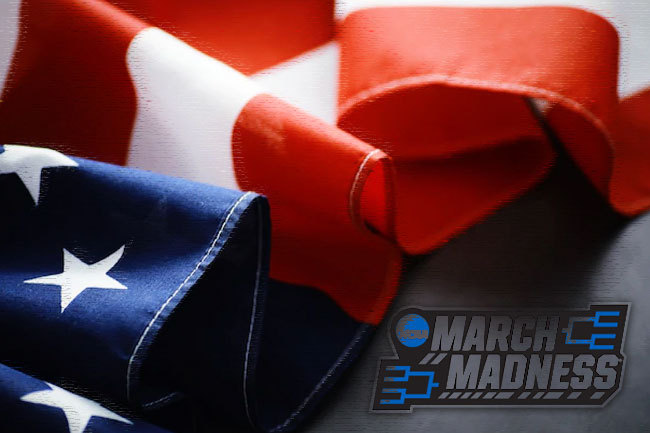 Canadian sportsbooks are preparing for high betting activity this month with March Madness and predict that the volume could even match the NHL and NBA handles. This is due to the legalization of single-event betting in the country last summer, meaning that for the first time, Canadian bettors will no longer be required to use parlays in the betting predictions on NCAA competition. The legalization of single-game wagering was possible after, in August 2021, the federal government enacted Bill C-218 or also known as the Safe and Regulated Sports Betting Act as a law. This change has been a highly-anticipated one, and now every province in the country can conduct and offer the option on its own terms and regulations. For instance, the Ontario Lottery and Gaming Corporation is strapping in for a high volume of betting activity on its PROLINE+ platform. As NCAA basketball wagering has already matched NBA volumes in February and March, and according to the Crown corporation, the late rounds of the respective conference championships were quite popular among players of the OLG.

So far, Gonzaga has taken the largest amount of futures bets to win the tournament, while Tennessee and Iowa are in the middle range but still with a decent number of wagers on them. The platform has already seen some interesting longshots such as a CA$1 parlay on Longwood, Georgia State, St. Peter’s, Delaware, and Fullerton to win the first round, for a chance of a CA$500,000 payout.

The Atlantic Lottery Corporation has also predicted a great amount of bets to come in on its Pro•Line with March Madness and even rival the NHL handle. According to the Crown agency, Gonzaga, Duke, and Purdue are among the most popular season-long picks to the championship. While Arkansas has accumulated the most sales in dollars this month with its odds of +5000.

And in order to prepare for March Madness, the ALC has recently introduced “Get In On The Madness”. This promotion runs from March 14 through March 20, 2022, and it would award bettors a CA$10 token, by wagering CA$25 or more on a PRO•LINE wager that includes at least one NCAA men’s basketball event om prolinestadium.com. Tokens can be used only on PRO•LINE Winning Margins events for any NCAA men’s games.

The British Columbia Lottery Corporation has also expects a high volume for March Madness on its Playnow.com. According to it, The Bulldogs are the favorites for the championship and they have collected approximately 15% of the futures bets as of Monday. Then, at second is Duke, which gathered roughly 9% of the wagers on futures. The province has the most March Madness offerings out of all the regulated lotteries in the country.

In addition to that, this month, the BLCL is celebrating 25 years of Wheel of Fortune-themed slot games on PlayNow. And in order to mark the occasion, players who participate in one of the nine titles that are inspired by the iconic tv show, will be in contention for weekly prizes of CA$40,000. In order to do that, players must enter promo code WOF25 before placing a wager of a minimum of CA$1 on one of the games.