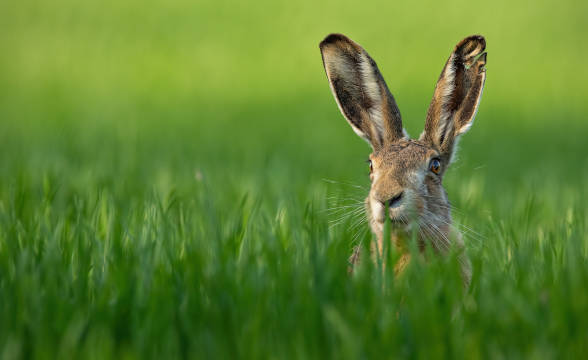 Britain’s black market for gambling has found a new form of entertainment – hare coursing. While this form of betting isn’t recognized by the country’s regulator, it has been gaining popularity.

The hare hunts consist of hares being chased and killed by hounds. This type of entertainment is prohibited in many Western countries but that hasn’t stopped criminals from hosting such events. The “spectacle” is then broadcast on the Internet to gambling audiences all over the world. The Chinese black market seems to be benefitting a lot from it.

Priti Patel, home secretary of the United Kingdom, called those hunts a “blight” to the rural communities. He pointed out that the ringleaders of the illegal gambling operations in the UK would often trespass on private land to host their hare hunts. Patel added that they would extort and threaten the local populace to allow them to use the land.

It is also worth noting that the hare hunts have led to a dramatic decrease in the hare population, with analysts estimating that there are less than a million (700,000) brown hares and about 3,500 mountain hares remaining in the country.

The hunts seem to be a catastrophe for both the people and the animals.

The Government Promised to Take Action

UK’s MPs have realized the need to act quickly. New legislation proposes a dramatic increase in the severity of penalties handed down to those who organize hare hunts. The legislation envisions six months in jail for first-time offenders and no ceiling to the fines that the court may impose. Additionally, hare hunt organizers will be forced to pay kennel costs for all dogs seized by the police and will be banned from ever owning or keeping a dog.

The police are already working hard to catch perpetrators and put them to justice. Thanks to the efforts of law enforcers across the United Kingdom, illegal hunts seem to be on a decline. Analysts from The Cambridge Independent estimated that there are now 31% fewer hunts taking place than before.

The police’s work is facilitated by the fact that most of the hunts take place after September when fields have been harvested. This allows the law enforcers to remain on standby and crackdown on any perpetrators.

Cambridgeshire chief constable Nick Dean believes that the new legislation will help to reduce the number of illegal hunts even more. He hopes that the government will introduce the legislation and will help to curb the rates of crime in rural areas.