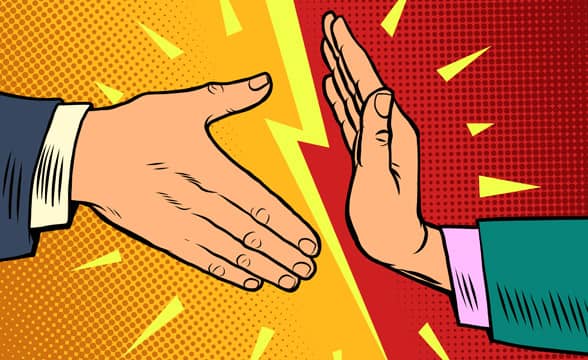 Shortly after joining the global efforts to support Ukraine in the fight against Russia’s military aggression with a UAH30 million ($1 million) donation, Parimatch Tech announced it will shut down its operations in Russia. bet365 made a similar announcement.

Parimatch Tech Will Remove Its Franchise from Russia

Global technology developer serving the entertainment industry Parimatch Tech made the announcement that it would cease all operations on Russian territory by withdrawing its franchise from the country. The company that was originally founded in 1994 in Ukraine’s capital, Kyiv, mentioned Russia’s “military aggression” in Ukraine as justification for its decision.

All the necessary franchise termination documentation has been sent to Betring LLC, the company that granted Parimatch the right to open a Russian franchise in 2016. The operator stated it would maintain its guarantees for employees who left Ukraine prior to the start of Russia’s military aggression. The company also promised to keep paying their salaries and hiring new staff in Ukraine.

Parimatch also informed the public about its intention to impose more brand restrictions in its sponsorship contracts involving Russia. This includes the partnership that made it the official partner of the Spanish premier league in the Commonwealth of Independent States region that includes Russia.

The official statement issued by Parimatch mentioned the operator’s proud Ukrainian roots and overwhelming love for the nation in the context of the current situation. On February 28, the company launched a UAH 30 million ($1 million) fund to directly support the country’s Armed Forces with food, medicine, and ammunition. In June 2021, Parimatch Tech became the partner of the Ukrainian Esports Federation and agreed to run the Esports Championships in the country.

bet365 Will No Longer Operate in Russia

Leading online sports betting company bet365 also announced that it will cease all operations on Russian territory after new account registrations and new deposits had already stopped being accepted. The operator’s Russian customers will still be able to cash out any funds from their accounts until March 15. bet365 also asked its partners to stop using any of its brand identification and marketing elements for promotion in Russia. While the operator did not provide a clear explanation for its decision, a coincidence in the current context may be less plausible.

Statscore, a sports data company from Poland also announced that it would no longer supply sports updates and statistics from sports tournaments held in Russia and Belarus. Russia was been removed from the FIFA World Cup and the National Hockey League. The Gazprom Arena in St. Petersburg that was supposed to host the UEFAChampions League was replaced with Stade de France in Saint-Denis, Paris.