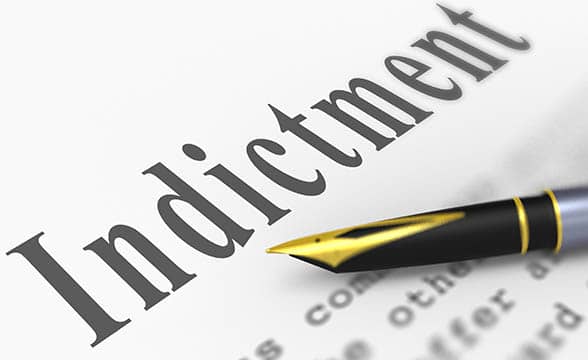 The Macau Public Prosecutions Office has indicted Alvin Chau, the chief executive officer of the Chinese junket Suncity. This was reported earlier by Inside Asian Gaming.

The Arrestees Got their Indictments

According to the report, the prosecution has also issued indictments to remaining suspects and to those who were arrested because of their ties with Suncity’s shady dealings. The junket business was allegedly associated with crime, illegal gambling and financial fraud.

People have reported that the legal team behind the suspects has received the indictment. The exact indictment contents were not made public but sources claim that “association with crime” is the meat of the matter. Furthermore, the indictment reportedly contains a lot of evidence against the Suncity members.

Experts believe that the case is scheduled for trial in the near future. According to sources, trials will likely begin in June or July. This gives the defendants’ legal team ample time to get familiarized with the charges and the evidence presented in the indictments.

The Suncity Situation Had a Profound Effect on the Industry

Macau’s law reads that suspects can be detained for six to eight months while the investigation is ongoing. Chau was among those who got arrested by the Judiciary Police at the end of November 2021. Later, he got transferred to Coloane Prison alongside five other arrestees.

The law enforcers’ intervention soon led to the closure of Suncity’s junket business. This was followed by Chau’s resignation as chairman of Suncity Group in December.

The action against Suncity echoed beyond the Macau gambling market. In Australia, Star Entertainment Group, a local casino and hospitality company, got into quite the trouble because of its shady dealings with the Chinese junket.

The operator was found guilty of allowing Suncity to run an unregulated gambling cage in the so-called Salon 95. Moreover, the ongoing inquiry found out that Star maintained close relationships with some dangerous Chinese billionaires, including the infamous Huang Xiangmo. Xiangmo is an alleged foreign agent who partook in briberies of high-ranking politicians. He was chased out of Australia in 2019.

Macau Is Working to Heal Its Gambling Industry

Meanwhile, there are some serious efforts to fix Macau’s struggling wagering market. With gambling as one of the core industries in the region, lawmakers are keen on making the sector safer while keeping it profitable.

The government cracked down on junkets by introducing new rules that will keep the industry cleaner. On the other hand, the lawmakers decided to be lenient on satellite operators by allowing them to work past the three-year grace period. The new rules also envision tax relief for concessionaires who bring in foreign gamblers.