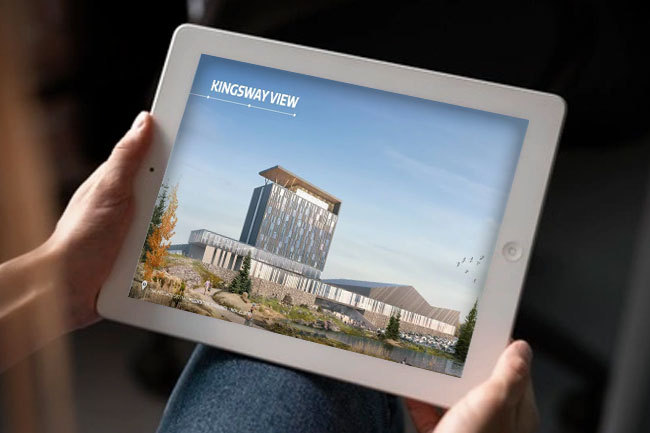 The non-profit Minnow Lake Restoration Group has now confirmed that it has received an official court date for its judicial review regarding the Kingsway Entertainment District event centre. The organization requested such a review last year on a city council decision from July 2021, which allowed for the city to clear the way for the development of the outskirts arena. KED is an event centre that is scheduled to be constructed in the outskirts of Greater Sudbury, which is set to cost around CA$100 million out of taxpayers’ money. The project will come with a hockey arena, a casino by Gateway Casinos & Entertainment, a hotel by Manitoba-based Genesis Hospitality. And according to the latest reports, it should be finished in 2025. The non-profit group’s request for a judicial review of the city council’s vote to proceed with the development of the KED has now received an official date. The matter will be reviewed in court on April 11, 2022, at 10 a.m. for a virtual hearing, however, it remains unclear whether the review will receive an immediate response.

The request for a judicial review from the non-profit organization has also been cited by Gateway Casinos & Entertainment when the company requested Sudbury to put the project preparations on pause last November. Jagtar Nijjar, executive VP of development and construction for the company shared that there are some uncertainties regarding the site but it remains committed to the project in the long run.

The organization’s argument is that on several occasions city councillors asked for more information on the KED, and hence further understand the implications of the project. However, the provided report by PricewaterhouseCoopers did not answer the requests, despite promises that the update report would include all details. And then, the council voted in favor of proceeding with KED.

This week, the restoration group said Eric Labelle, the city solicitor, was cross-examined on February 17, 2022, and that relevant information has been found from Mr. Labelle’s examination, with one of the things being the gaming operator being concerned about the non-profits court action and the OPP bribery investigation which is still underway by the local authorities.

At the end of February, Hazel Ecclestone, which is part of another anti-KED group along with Patrick Crowe, Keith Clarkson, Arthur Peach, shared that she is still waiting for her freedom of information request regarding KED. According to her, she filed her request last summer and paid a fee of CA$3,000 but the city has still provided it. Now, she has decided to file an appeal to Ontario’s information and privacy commissioner.

While earlier in February this year, in a Tuesday city council meeting, members have finally put to bed a motion that calls for a referendum on the KED matter. This motion was introduced by Ward 3 Coun. Gerry Montpellier, as he reckons that locals must also have a say in the matter, as many signed a petition against the project.