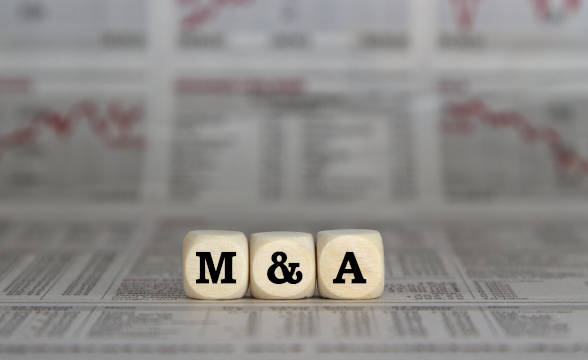 A multi-billion special purpose acquisition company (SPAC)-type merger slated to complete in the second business quarter of 2022 has now been postponed for the third quarter and is dependent on the US Securities and Exchange Commission (SEC).

The $9.3 billion merger between Allwyn Entertainment and SPAC Cohn Robbins Holdings Corp and the listing of the new entity on the New York Stock Exchange (NYSE) is facing a delay according to an investor presentation by Allwyn and reported by The Times.

The deal that was initially reported in December 2021 and confirmed a month later was expected to close in the second quarter of 2022 but due to the turbulence in global equities recently was pushed back for the third business quarter.

According to Allwyn’s parent KKCG Group controlled by Czech billionaire Karel Komarek, the delay should be attributed to the standard regulatory review of the company’s pre-listing filings.

Allwyn became popular in the recent months after a competitive bid for the next license of the UK National Lottery saw the operator beat competitors, including current license holder Camelot. Starting from 2024, Allwyn will run the National Lottery for ten years.

And the License Saga Began

Unhappy about the decision for the fourth National Lottery license and the selection process, Camelot warned the UK Gambling Commission that it may challenge the decision and later on officially notified the regulator it would be filing a complaint in the High Court.

In April, Allwyn’s NYSE presentation for investors was exaggerated by the media trying to imply that the sanctions imposed on Russia due to its invasion of Ukraine would impact the operator, stirring the pot of former links between Allwyn’s owner Komarek and Russian gas giant Gasprom.

The fight for the fourth license continued in May when the Gambling Commission made public its plans to ask the court for permission to continue with the process as the lawsuit filed by Camelot blocked the awarding of the license to Allwyn.

Many analysts believe a rushing of the process could only make matters worse, noting that if the license goes to Allwyn and the Camelot wins in court, the license cannot go back to Camelot and, instead the current National Lottery operator will claim up to $1.2 billion in damages – money that the Commission will otherwise dedicate to good causes.

And Camelot has no intention of giving up, presenting its case in court – a case of being unfairly treated by the Gambling Commission – and even stating that if the license is lost, it may also mean the company would go bankrupt.